Tesla might be preparing to resume lower towards $400 and $300 at least, as bears remain poised and in control. The tech stock faces immediate resistance at $700 levels, which is also marked as Wave (ii) termination on the 4H chart presented here.

Tesla’s wave counts from $900 levels has unfolded as follows: The initial drop between $900 and $539 was a clear impulse, labelled as primary Wave 1. Its subsequent rally towards $780 was in 3 waves, hence corrective and reached up to fibonacci 0.618 retracement of Wave 1.

The above has been labelled as Wave 2 here, a typical fibonacci correlation according to the Elliott Wave principle. If the above is correct, Tesla is progressing lower into primary Wave 3 and would stay below $780 levels, going forward.

Further, Wave 3 seems to be extending itself and has produced lower degree waves (i) and (ii) around $540 and $700 levels respectively. Ideally, prices would stay below $700 if the above counts hold well as Tesla prepares for a sharp decline towards $400 mark from here.

Structurally, the tech stock seems to be on the verge to begin its 3rd of 3rd wave decline from $660/70 levels now. Traders might want to remain short as the drop is expected to be sharp towards $400 and subsequently $300 levels.

EURUSD is preparing to continue higher towards 1.1750 level in the next few trading sessions. Bulls are looking poised to remain in control until prices stay above 1.1524 mark. The currency has bounced back from its channel support as shown on the daily chart. 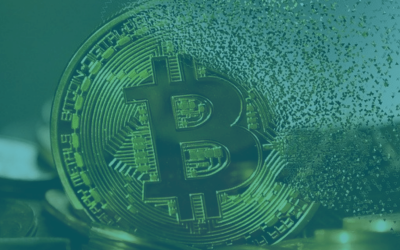 Bitcoin rallied to all-time high around $67000 mark on Thursday before pulling back. The crypto is trading around $63000 at the time of writing and could drop through $52500 mark.

USDJPY carves a meaningful top around 114.70

USDJPY seems to have carved a meaningful top around 114.70 mark on Wednesday. The currency has dropped through 114.00 since then and is looking to drag lower below 113.80 in the near term. Bears are poised to remain in control from here.

This website uses cookies to improve your experience while you navigate through the website. Out of these, the cookies that are categorized as necessary are stored on your browser as they are essential for the working of basic functionalities of the website. We also use third-party cookies that help us analyze and understand how you use this website. These cookies will be stored in your browser only with your consent. You also have the option to opt-out of these cookies. But opting out of some of these cookies may affect your browsing experience.
Necessary Sempre ativado
Necessary cookies are absolutely essential for the website to function properly. This category only includes cookies that ensures basic functionalities and security features of the website. These cookies do not store any personal information.
Non-necessary
Any cookies that may not be particularly necessary for the website to function and is used specifically to collect user personal data via analytics, ads, other embedded contents are termed as non-necessary cookies. It is mandatory to procure user consent prior to running these cookies on your website.
SALVAR E ACEITAR